Students in 20% Time Life On Land creating Australian Aboriginal dot art for communities who experienced loss in the recent fires.

Itʻs coding time.  DASH robot is being programmed to write the word ALOHA.

Students in 20% Time Life Below Water work with Surfrider for a beach clean up.

Students showcasing their prototype for their 20% Time project on how to bring awareness to single-use plastics. 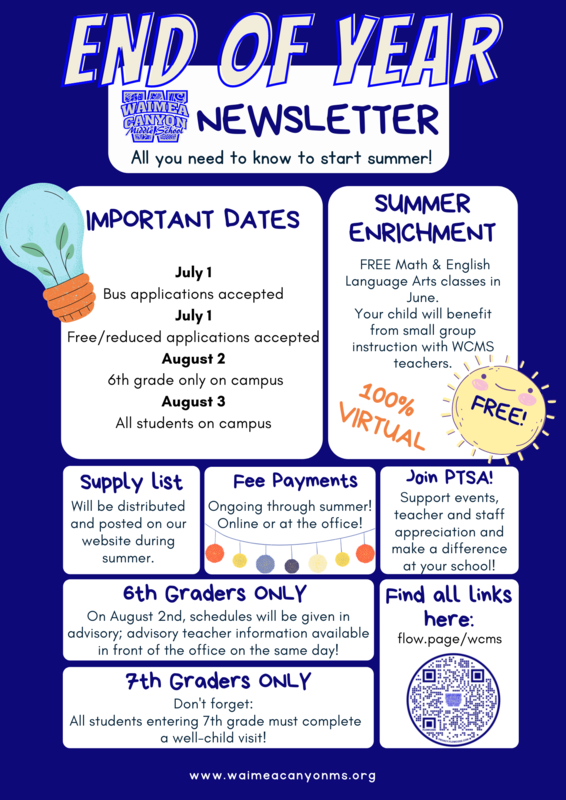 All you need to know to start summer! 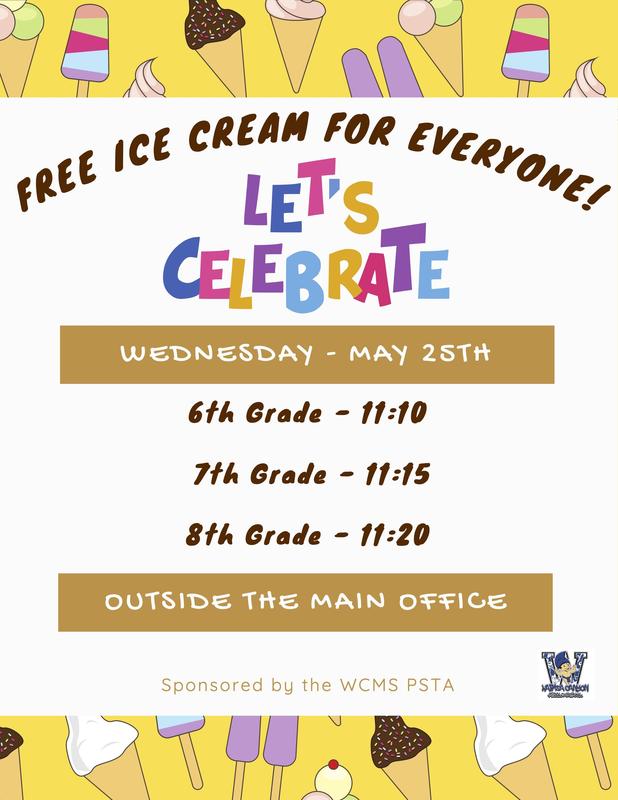 Ice Cream will be FREE for every student!!

Events at WCMS This Week

Tuesday, May 17th at 5pm, Parent Night on Zoom: "Help, I have a teenager or how to support your child through puberty”
Thursday, May 19, in the LIbrary-in person. 4:30pm-5:30pm Meet author Stephanie Malia Krauss for a book talk on her book "Making It: What Today's Kids Need for Tomorrow's World" 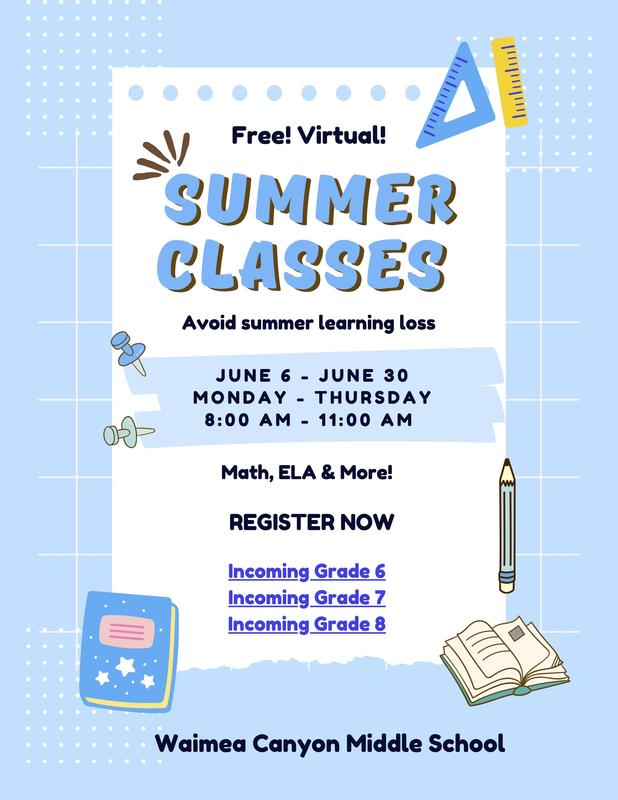 ***All materials will be provided.*** 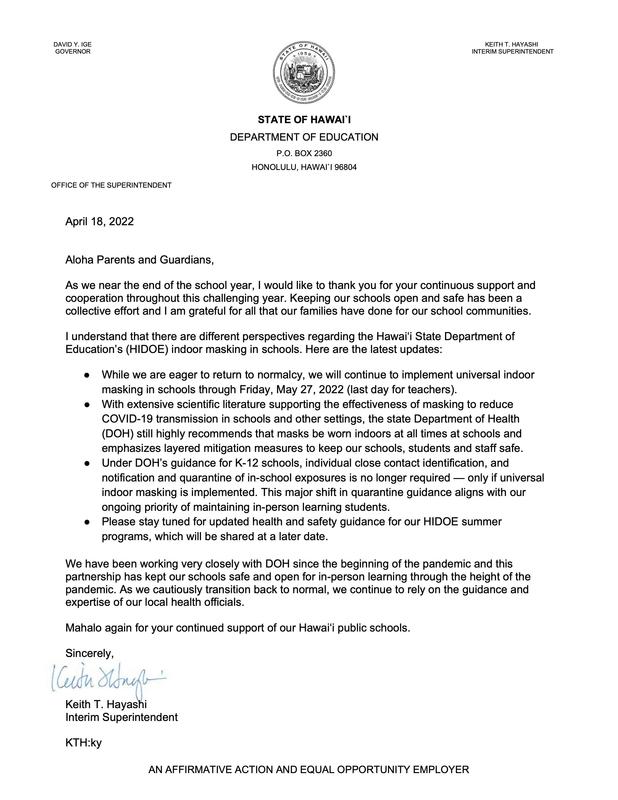 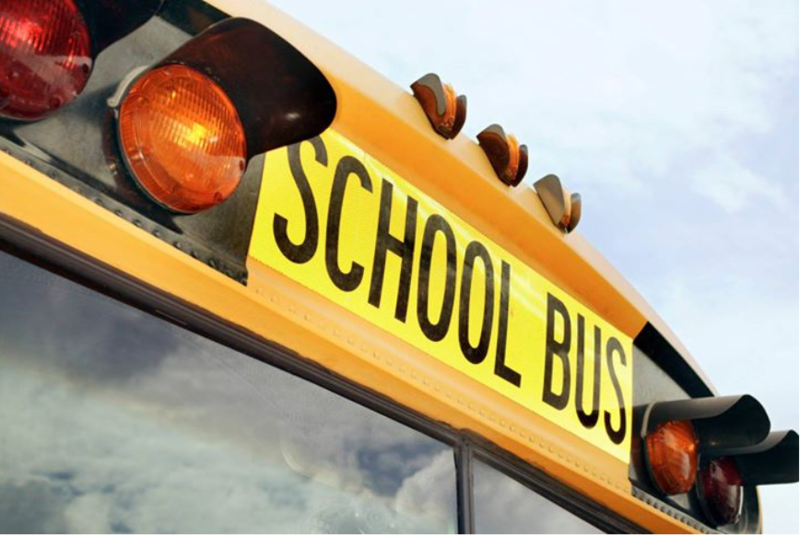 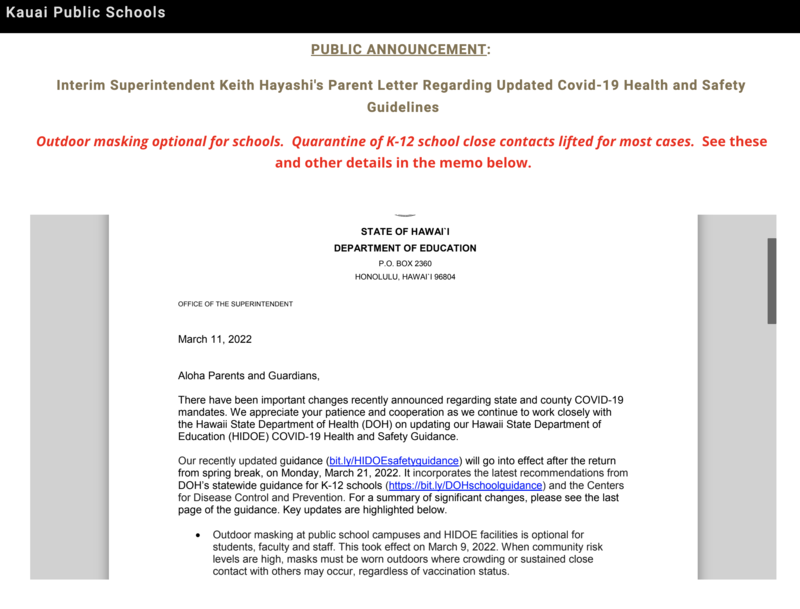 Outdoor masking optional for schools. Quarantine of K-12 school close contacts lifted for most cases. See these and other details in the memo below.
Show All News

Waimea Canyon Middle School consists of students in grades 6-8 who live in the communities of Kalaheo, Eleele, Hanapepe, Kaumakani, Makaweli, Pakala, Waimea, Kekaha and Mana. The school is two blocks west of Waimea High School and is bordered by a county park, a residential subdivision, hospital and agricultural land. The school’s history dates back to 1972 when Waimea Canyon Elementary School opened its doors to students in grades K-6 from Waimea, Pakala, and Makaweli. In 1977, the intermediate grades (7-8) were added and its name changed to Waimea Canyon Elementary & Intermediate School. In July 2007, the school converted to a middle school and became Waimea Canyon Middle School. The school is accredited by Western Association of Schools and Colleges (WASC).